Can Proof of Work ever become truly sustainable? 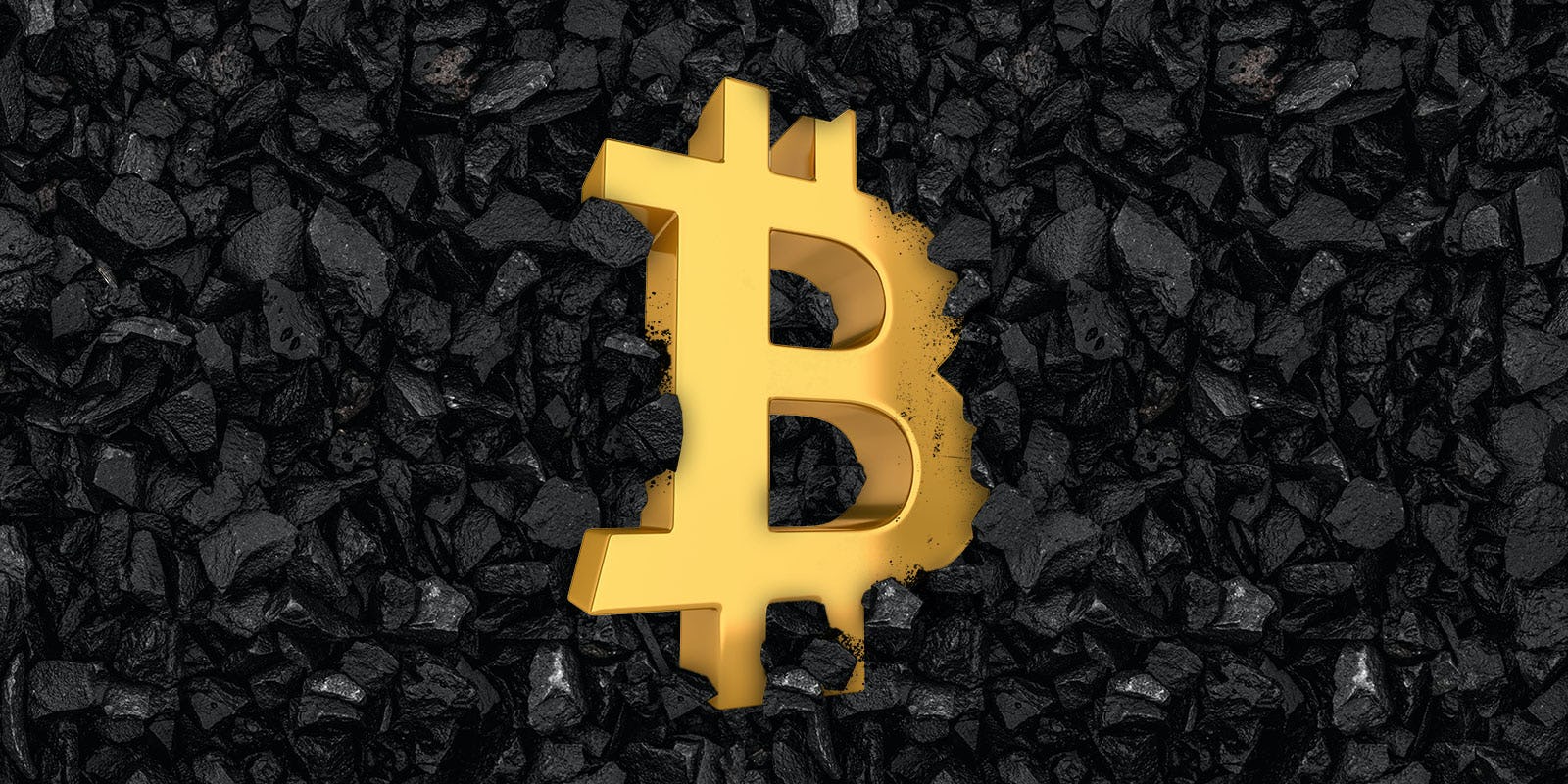 There is no doubt that sustainability plays a major role in our society, as will crypto in the near future. Therefore, for crypto to reach its full potential, it must integrate sustainability into its foundations.

Oddly enough, the main criticisms crypto faces nowadays are related to the ecological impacts of its Proof of Work (PoW) consensus mechanism, which is essential to the functioning of some cryptocurrencies, including the most popular one, Bitcoin.

As there is a lot of contradictory information on this topic, let's take a closer look at the facts to understand what the ecological impacts of PoW really are and if it has the potential to ever be sustainable.

What is Proof of Work?

PoW is a consensus mechanism that allows the securing of a blockchain in a decentralised way. It allows that by requiring transaction validators to compete in solving cryptographic puzzles in order to add a new transaction to the blockchain. This process is often called mining and its participants, miners.

To compete, miners need to have powerful and energy-consuming hardware.

Today, the vast majority of miners participate in validating transactions on the Bitcoin blockchain. However, there are other blockchains also secured by PoW, such as Litecoin, Monero, Dogecoin and even Ethereum, at least until its highly-anticipated transition to Proof of Stake (PoS) happens.

PoS is the most famous among the alternative consensus mechanisms characterised by lower energy consumption and better scalability potential. Still, despite all of its benefits, many believe that it falls behind PoW in terms of security and decentralisation.

Why does Proof of Work consume so much energy?

PoW's problematic energy consumption is directly linked to the level of security it provides.

As mentioned earlier, blockchain miners compete in solving cryptographic puzzles, which allows them to validate transactions and earn rewards for doing so. The first miner to solve the puzzle adds a new block to the blockchain and gets the transaction fees associated with that block as well as some coins - a financial incentive to participate in securing a blockchain. The more miners there are competing, the more secure the blockchain is.

While this increased security is undoubtedly great, it causes a serious issue.

You see, to optimise their chances of winning the mining competition, miners need to have the best computing power, which creates a need for high energy consumption and frequent renewal of mining machines.

Currently, securing the Bitcoin blockchain uses about 100 TWh to 200 TWh of power annually, equivalent to 0.125% of the world's energy consumption (160,000 TWh). To put this into perspective, we can compare Bitcoin’s blockchain to countries like Norway, Switzerland, or Bangladesh and see that it uses more energy. A concerning fact nonetheless.

Is there a bright side?

Also, according to Cointelegraph.com, the percentage of the global Bitcoin mining industry running on renewable energy is steadily increasing, reaching 58.5% in the fourth quarter of 2021.

These are not the only indicators of PoW's sustainability potential. Many others hide in plain sight, so let's dive into exploring them.

Proof of Work and energy waste

One of the major issues related to energy is storing it. For those unaware, as soon as we produce energy, we must consume it instantly. This wouldn't be such a problem if the energy demand wasn't so variable that even with advanced predictive models, we create an energy supply far larger than the demand in order to have the necessary safety margins.

As expected, this leads to the creation of huge waste. Moreover, the difficulty of storage is amplified for renewable energy types because it is impossible to control their sources.

So, can PoW help address this issue? Yes, and here is how!

With more mining being done, miners are constantly looking for the cheapest energy, which is always the energy that goes unused.

Unused cheap energy is available in many places and created through various activities.

Take gas flaring, for example, an activity during which oil is extracted from a pit, leading to other hydrocarbons being released, such as condensates, liquid gas and natural gas. When unused, this gas is, in 1/4 of cases, burned on site as transporting it would be too expensive, and letting it evaporate would be even more harmful to the environment.

By using the gas to fuel their mining machines, some miners have started providing a solution to this very serious issue. Plus, according to the University of Cambridge and the International Energy Agency, if this were to become standard practice, the Bitcoin network could be powered up to six times over using only the excess energy from gas flaring.

Other ways PoW can be useful

As ambitious as it sounds, PoW could also accelerate energy production in developing countries.

Developing countries are often isolated areas where local electricity demand is low, making the installation of a hydroelectric dam or a geothermal plant hard to justify.

PoW, through mining, could create the initial demand for new power plants, enabling them to start generating revenue from day one even before they are connected to the rest of the grid.

In addition, mining's energy consumption could compensate for the lack of demand the grid experiences later along the line in developing countries.

Replacing the traditional financial system with a sustainable alternative

While most people know that crypto has the power to make financial transactions faster and more secure, they forget that its adoption, more specifically the adoption of Bitcoin even with its PoW consensus mechanism, would make the energy demand of the financial sector 56 times lower than it is right now.

Along with that, it’s important to highlight the fact that Bitcoin would enable us to get out of a financial system based on an illusion of infinite growth and free natural resources.

Unlike traditional fiat currencies (Euro, Dollar, etc.), based on nothing more than trust since 1971 and whose survival depends on debt creation and growth, Bitcoin is scarce, limited, and non-manipulable. Also, as one of the fundamental characteristics of Bitcoin is that there will never be more than 21 million BTC, it has the power to completely remove inflation from the equation, a fact that is not to be ignored.

What to do until PoW is truly sustainable?

Although PoW does have the potential of being sustainable, that potential is yet to be reached, which for many creates a rift between their crypto investments and personal values.

Luckily, many projects that use the already-sustainable Proof of Stake consensus mechanism exist, some of which represent great investment opportunities.

We at SwissBorg want to make investing in such projects and bridging your values with your investments a one-tap process with our Web 3.0 and ESG-inspired Thematic, which will be launched later this year. This Thematic will be the perfect tool to achieve a double return - monetary growth and the status of a hero helping the environment!

And while we would love to share more, you will have to wait a little longer to see what we have in store. Trust us, it's exciting!

It is undeniable that PoW and the mining industry consume a lot of energy. However, the effect this has on the environment could be significantly reduced if we work on only using energy that is green for mining purposes.

In addition, the obsolescence of mining machines, as well as the utility of crypto assets using PoW, are also aspects to be optimised to make this industry more sustainable.

That being said, there is no doubt that the back and forth between detractors and proponents of PoW will continue for a long time. But, as long as it's constructive, we believe it is a good thing for sustainability.

Also, looking at all the initiatives emerging little by little to use the characteristics of PoW as a strong lever for sustainability, it's safe to say we are heading in the right direction.

Disclaimer: The information contained in or provided from or through this article (the "Article") is not intended to be and does not constitute financial advice, trading advice, or any other type of advice, and should not be interpreted or understood as any form of promotion, recommendation, inducement, offer or invitation to (i) buy or sell any product, (ii) carry out transactions, or (iii) engage in any other legal transaction. This article should be considered as marketing material and not as the result of financial research/independent investments.

Neither SBorg SA nor its affiliates (“Entities”) make any representation or warranty or guarantee as to the completeness, accuracy, timeliness or suitability of any information contained within any part of the Article, nor to it being free from error. The Entities reserve the right to change any information contained in this Article without restriction or notice. The Entities do not accept any liability (whether in contract, tort or otherwise howsoever and whether or not they have been negligent) for any loss or damage (including, without limitation, loss of profit), which may arise directly or indirectly from use of or reliance on such information and/or from the Article.

Invest with the SwissBorg app today!

Investor profiles: Determine what type of investor you are based on your risk tolerance

Why rollups are the future of Ethereum

Why we’re bullish on Ethereum