Stablecoins 101: What You Need to Know 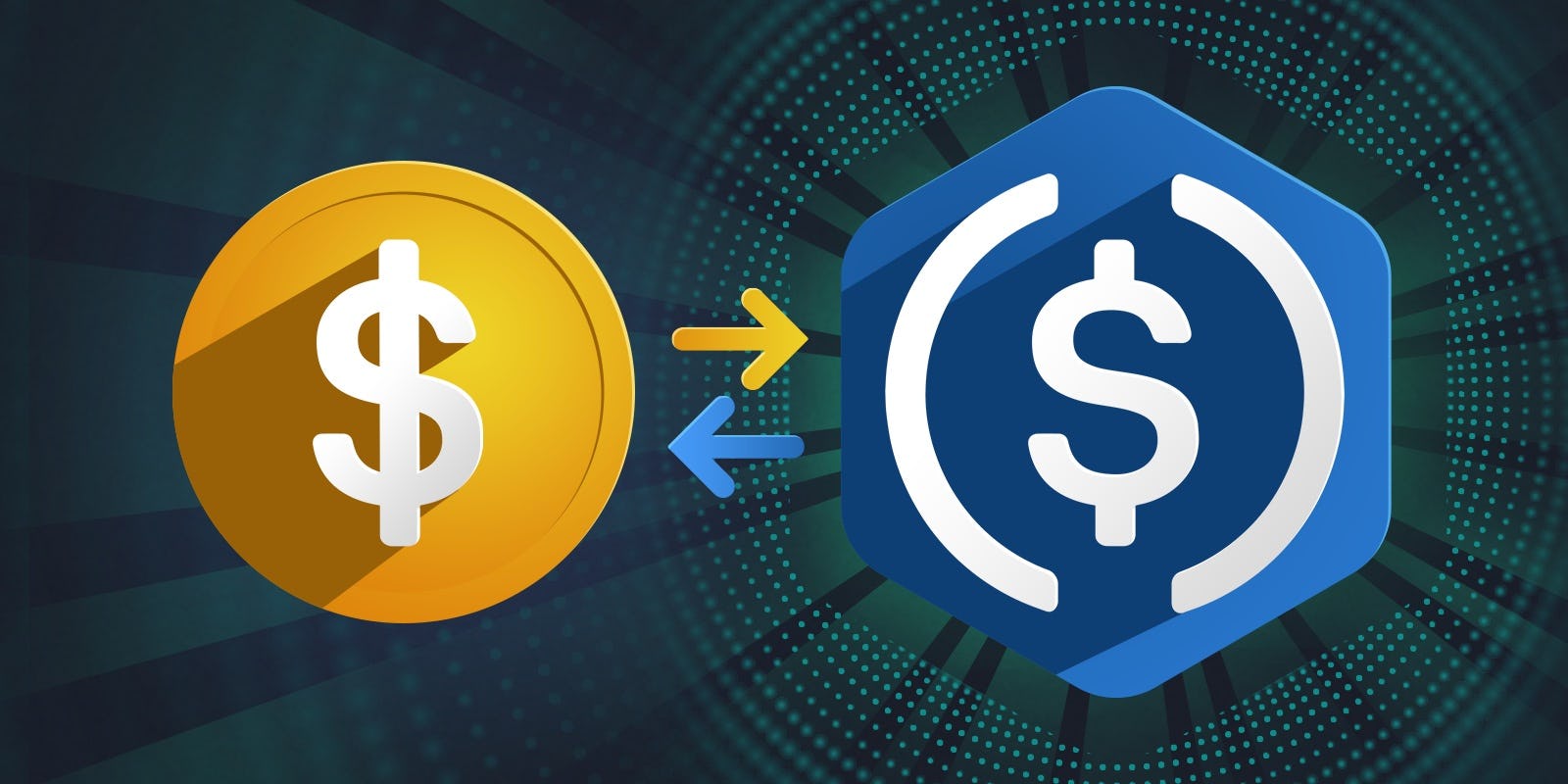 What is a stablecoin? What are the different types of stablecoin and why do we need them?

The cryptocurrency space has seen an exponential expansion in recent history. In tandem with this growth came the rise of the stablecoin market, which acts as the go-to mechanism for users to access the cryptocurrency supply. Indeed, beneath the hundreds of millions of dollars exchanging hands in daily crypto trading are often coins such as USD Coin (USDC), Tether (USDT) and Paxos Standard (PAX), which constitute the top three coins in the stablecoin market.

In their native form, stablecoins give credibility to a rising and essential use-case for blockchain technology as a means to apply monetary policies within a growing ecosystem.

What is a Stablecoin?

The idea of a stablecoin isn’t exactly new when seen in light of current central banking standards, and various models have come out over the years in an attempt to offer similar value-propositions. The most basic purpose of a stablecoin is to maintain price stability in relation to another cryptocurrency such as Bitcoin, Ethereum or Litecoin. In many cases, the purpose of a stablecoin like USDC is to maintain a one-to-one (1:1) valuation with the US Dollar. In layman terms, this means that one USDC equals one Dollar.

Why do We Need Stablecoins?

A fiat-pegged stablecoin acts as a bridge between old and the new money models, retaining the supposed security of fiat currencies while allowing users to access cryptocurrency markets and blockchain services more easily. Stablecoins also allow a consumer - who might fear highly volatile markets - to dip their toes into the space with relative safety and security given the 1:1 ratio guarantee.

The Use-Cases for Stablecoins

A stablecoin is a blockchain-native solution whose purpose is to preserve crypto valuations in traditional fiat currencies like the US Dollar and the Euro. So, it isn’t surprising that the sub-sector has grown to $10.5 billion in market capitalisation at the time of this writing.

Bitcoin remains the most popular cryptocurrency in existence and there’s no reason to doubt that this will change any time soon. Back in November of 2017 Bitcoin moved from around $5,950 to above $19,700 in December, only to decline about two-thirds of its price to $6,900 by early February. Similarly, the major Bitcoin correction on March 12th was another reminder of Bitcoin’s intrinsic volatile nature. On that day, Bitcoin opened its trading at $8,000, only to plunge to $4,500 by the day’s close – a 43% fall. As Bitcoin veterans would tell you, even intraday price swings can be wild. In fact, it’s common to see Bitcoin moving in excess of 10% in either direction within the span of a few hours or minutes.

While the same can now be said for traditional assets such as crude oil, which went into negative territory for the first time in history just recently, this kind of short-term volatility speaks to a need for a stable asset with which to measure Bitcoin’s movements. Basically, a matured currency should eventually act as a medium of monetary exchange as well as a means to store monetary value – which by definition should remain relatively stable over longer time horizons.

Since stablecoins are built to mimic fiat currencies within the cryptocurrency system, then the ideal crypto token would maintain its purchasing power with around a 2% inflation rate, sufficient enough to encourage spending the tokens just like its fiat-counterparts. Otherwise, people would save or hodl the currency as they often do with Bitcoin.

The main reasons for price stability of fiat currencies are the reserves that back them and the timely market actions taken to ensure that this stays the same by authorities like central banks. While it’s debatable which hard assets back fiat currencies given that fiat has transitioned from a “gold standard” to a “US-Dollar standard”, fiat currencies like the US Dollar are pegged to a basket of underlying assets such as forex reserves and hard assets like gold, which act as collateral and keep the price from having wild swings. Of course, they also have the full backing of the American economy and US authorities.

In some cases, as with the current crisis, central bankers jump in to manage the demand and supply of the currency in order to maintain price stability. This is often done with several tools such as interest rate changes and increasing the global money supply. Since most cryptocurrencies such as Bitcoin are set to succeed on the sweat of their own brow, they lack fiat currency features. However, stablecoins act as the de-facto blockchain-based solution backed by direct fiat and other assets, which act as collateral.

Notably, cryptocurrencies like Bitcoin were never meant to function as fiat currencies or stablecoins given the underlying fundamental differences in technology, limited supply and immutable underlying code. This opens the door to something as close to a free market as one might ever hope for.

What are the Different Types of Stablecoins?

Stablecoins are vital to the burgeoning digital economy and bridge the gap between various cryptocurrencies as well as traditional fiats. There are three different types of stablecoins.

This type of stablecoin keeps fiat currency reserves like the US dollar to be used as collateral in order to issue a number of tokens. Other forms of collateral could include precious metals such as gold, silver and other commodities like oil. However, most fiat-collateralized US Dollar stablecoins use dollar reserves.

Stored by third-party custodians they are regularly audited by central banks for compliance to regulations. Tether (USDT) and USDC are popular stablecoins,  each having the value equivalent of a single US dollar and are backed by dollar deposits. However, these stablecoins differ in their reserves: USDT is backed by a basket of various reserves and assets, whereas USDC is backed by one USD held in a bank account.

This type of stablecoin is backed by other cryptocurrencies. However, since the reserve cryptocurrency could be prone to high volatility, such stablecoins are “over-collateralized”. This means that a big portion of the issued supply is maintained as a reserve in order to distribute a lower number of stablecoins, which in turn allows the issuers to maintain price stability.

For instance, $2,000 worth of ether may be held as reserves for issuing $1,000 worth of crypto-backed stablecoins which allows for up to 50% of swings in reserve currency (ether). The frequency of audits also adds to price stability as investors are able to keep their mind at ease that processes are running smoothly. MakerDAO’s Ethereum-based DAI uses such a system, wherein the stablecoin ‘DAI’ is pegged against the US Dollar and allows for a basket of crypto-assets as a reserve.

This stablecoin uses algorithmic mechanisms to retain price stability and are not backed by any assets. Seigniorage-style coins utilize an algorithmic approach to expand and contract the money supply, similar to how a central bank prints and destroys money. Similar to other stablecoin competitors, the main objective is to maintain price stability as close to $1 USD as possible. However, these are the least popular stablecoins, most notably due to their complexity and late entry into the market.

Stablecoins are essential features of the evolving cryptocurrency landscape. They facilitate further mass adoption in their role as a viable hedging mechanism for a variety of financial products. There is no question that, given their infancy, there is still much room for experimentation and development. The tangible use-cases for stablecoins allow for a backbone infrastructure that acts as a bridge between the old and new financial systems, which lends credence to their need in a budding ecosystem brimming with potential.

What is USD Coin (USDC)?