What is Aavegotchi (GHST)? 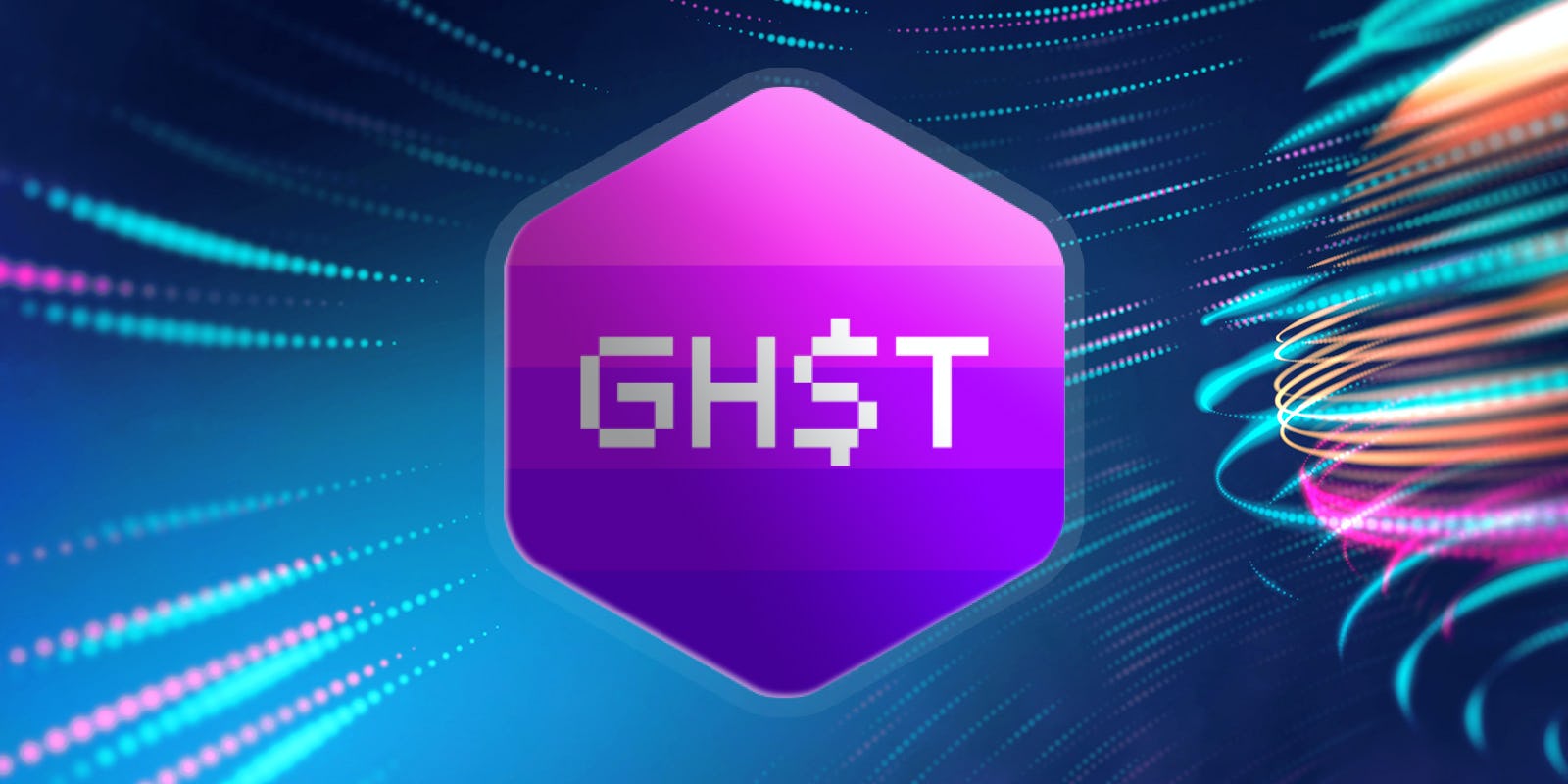 Aavegotchi (GHST) is a non-fungible token for decentralised-finance which runs on the Aave protocol. It is part of the growing world of NFT gaming and combines various aspects of crypto and DeFi with a fresh blockchain gaming experience.

In simple terms, Aavegotchis are game avatars which can be used as DeFi collateral in order to get staking rewards.

The Aavegotchi team has prolific experience in decentralised financial projects. Coder Dan is the pseudonymous chief executive officer and co-founder, who works with the known co-founder Jesse Johnson.

The founder and COO of Pixelcraft Studios, as well as creator of Bullionix – a gold-backed NFT collectible – Johnson is an industry veteran that leads development together alongside Coder Dan.

In the past, Johnson held strategic roles as business relations director and manager of international market development in various companies and firms, including China’s Intop Exhibition Co and ZB Group.

The team also includes other pseudonymous members who handle vital roles such as the arts director and Solidity team lead. Aave’s founder, Stani Kulechov, is the project’s advisor.

Similar to CryptoKitties, the tokens have different qualities such as body colour and personality. Since it’s a staked asset, the asset owner can liquidate tokens at any point, which means liquidating the NFT and losing your Gotchi.

Characters have pixelated ghost appearances since they follow Aave, which means “ghost” in Finnish. The token ticker ‘GHST’ spells out ‘ghost’ without the vowel.

In November 2020, Aave invested in Pixelcraft Studios, bringing raffles to the protocol’s suit of services. The project’s mainnet launch was originally scheduled for launch on Jan. 4, but was ultimately pushed back due to high transaction costs on Ethereum, where it runs in parallel as a side chain.

Specifically, Aavegotchi works as a Tamagotchi-like game, but using blockchain and based on the Aave protocol. Players purchase Gotchis as NFTs using the GHST tokens and then upgrade their avatars by playing minigames – adding cosmetic items and taking care of them. The more time a player spends on upgrading their Gotchis, the more valuable their NFT becomes.

Players can also earn GHST on their activities within the network. In fact, the game also has so-called ‘rarity farming’ seasons, which are organised to reward users based on their Gotchi’s experience, rarity, uniqueness as well as loyalty. Users receive rewards every round of rarity farming based on this transparent ranking system.

Gotchi avatars are also valuable as in-game NFT collectibles. Value in the network comes from general buying and selling of accessories on the growing network.

As the name implies, Aavegotchi is hosted on the Aave protocol. Users must create a MetaMask wallet and have an Ethereum address in order to participate in the game. To play Aavegotchi, users must have ETH. Users can either purchase ETH or Polygon (MATIC) and bridge the blockchains using a cross-chain function.

Finally, users must purchase GHST and connect to the Aavegotchi network in order to play.

GHST is the native token that is required to participate in the blockchain game.

The token does not have a maximum supply, but the circulating supply is currently 70,782,641.04 GHST, per data from coinmarketcap.

The protocol for distribution is based on a bonding curve, which ensures that increased utility positively impacts the demand and therefore price over a period of time. Basically, the more value and time is spent on the network, the higher the value.

GHST tokens were distributed in two rounds originally in Q4 2020. Specifically, a private-sale round involved the sale of 5 million tokens, while the presale saw 500,000 tokens exchange hands. Governance rewards and rarity farming are two more ways that investors can obtain the token (outside of directly buying it).

The vesting period for tokens that were distributed during both rounds was fixed at one year (365 days). Other beneficiaries included the team and ecosystem reserve fund which received 1,000,000 GHST.

What are the main features of Aavegotchi?

Aavgotchis are playable assets that are also collateral on Defi networks. These NFTs have inherent benefits within the ecosystem, such that their value is not solely dependent on gaming prospects.

Aavegotchi is a rising project with a unique approach to the burgeoning NFT metaverse. Since it incorporates DeFi use-cases, the project has unique functionalities and avenues to further develop. Players can manage their NFTs while enjoying the game and creating unique Gotchis that can then be exchanged, used to earn interest or used as collateral for a user’s Gotchi collection.

By combining the uniqueness of NFTs and the rising usefulness of decentralised finance with blockchain gaming, Aavegochi is attempting to bring niche crypto sectors together under one hospitable roof.

Invest in GHST today with the SwissBorg app!

What is Decentraland (MANA)?