What is Audius (AUDIO)? 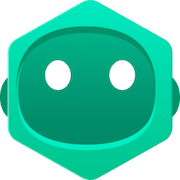 Cryptocurrency use-cases have proliferated beyond what was originally thought possible, so it’s no surprise that one blockchain is now looking to develop a decentralised music streaming service.

Enter Audius, a cryptocurrency that monetises music streaming and makes it accessible to artists and consumers alike. Using the AUDIO token, the platform aims to change how artists and fans interact, providing a service similar to Spotify and Soundcloud, with the added benefit of empowering musicians to create unique fan experiences.

The Audius team is composed of entrepreneurs, engineers and, of course, audiophiles, whose stated mission is to empower a generation of artists on an emerging web 3.0 universe. The project’s co-founders are Roneil Rumburg and Forrest Browning.

Roneil co-founded Kleiner Perkins, where he was responsible for seed rounds into blockchain and AI startups, including Lightning Labs. He attended Stanford university and also co-founded a Bitcoin payment firm called Backslash.

Forrest, on the other hand, made it to the Forbes 30 under 30 list. His most recent venture was as a co-founder of Stacksware, an-enterprise level data management platform that was part of a Stanford research project. The firm works with fortune 500 companies to provide data analytics and was sold in 2017.

Audius utilises the AUDIO token to build a staking-based incentive structure for the platform. For example, staking AUDIO tokens allows users to get rewards, and optimises the service that Audius provides. This is done via content nodes, whereby nodes ensure that streamed audio content is available on-demand.

Nodes are responsible for metadata flows across the platform, which is achieved through an extension of the InterPlanetary File System (IPFS) as a decentralised storage protocol (AudSP). As you may know, IPFS is a peer-to-peer protocol invented to make the internet fast, more secure and open.

Besides the nodes which ensure network functionality, the AudSP is used to distribute files throughout the protocol. In fact, all files within the service are available and independently verifiable.

Lastly, the protocol also has a governance mechanism, whereby modifications to the protocol are voted, such that one token equals one vote. Every AUDIO token holder is able to take part in the decision-making process, thereby democratising the platform and the development trajectory of Audius.

The underlying tech comes together when presented as a familiar user-friendly interface, designed to compete with major music streaming platforms. As the demand for decentralised storage increases, it’s possible that the protocol may even incorporate decentralised storage solutions such as Filecoin.

What is the Audius token?

The Audius token (AUDIO) is the native utility token that serves several functions within the decentralised music ecosystem. Specifically, the token is geared towards maintaining long-term value in the protocol. This is done by having three functions that are maintained through staking, namely; security, feature access and governance.

This brings multiple stakeholders into a service economy that is geared towards enjoying music, sharing and monetising it.

Stakers of the AUDIO token maintain network security, and receive a portion of network fees along with more voting power in the governance system as compensation. Exclusive features such as enhanced fan discovery opportunities and others are also part of the coin’s tokenomics.

The token was created with a large pre-mine of 1 billion tokens in October 2020. These tokens are distributed as follows:

Finally, a 7% yearly insurance rate is also used as a mechanism to reward the protocol’s most active users. This incentive is aimed towards fair distribution to mitigate early adopters from hoarding the supply.

What are the main features of Audio?

Like many blockchain projects, Audius (the platform) and AUDIO (the token) are inextricably linked. The platform’s most notable features include:

On the surface, Audius looks just like any other music streaming service, but under the hood it’s a different story. The addition of a staking-based tokenomics system, strong social engagement features and on-chain analytics are all geared towards empowering artists and musicians, who can freely monetise their work in a decentralised manner.

Invest in AUDIO today with the SwissBorg app!

What is EURt (Euro Tether)?

What is Curve (CRV)?