Why XBorg’s Genesis NFT is Unique 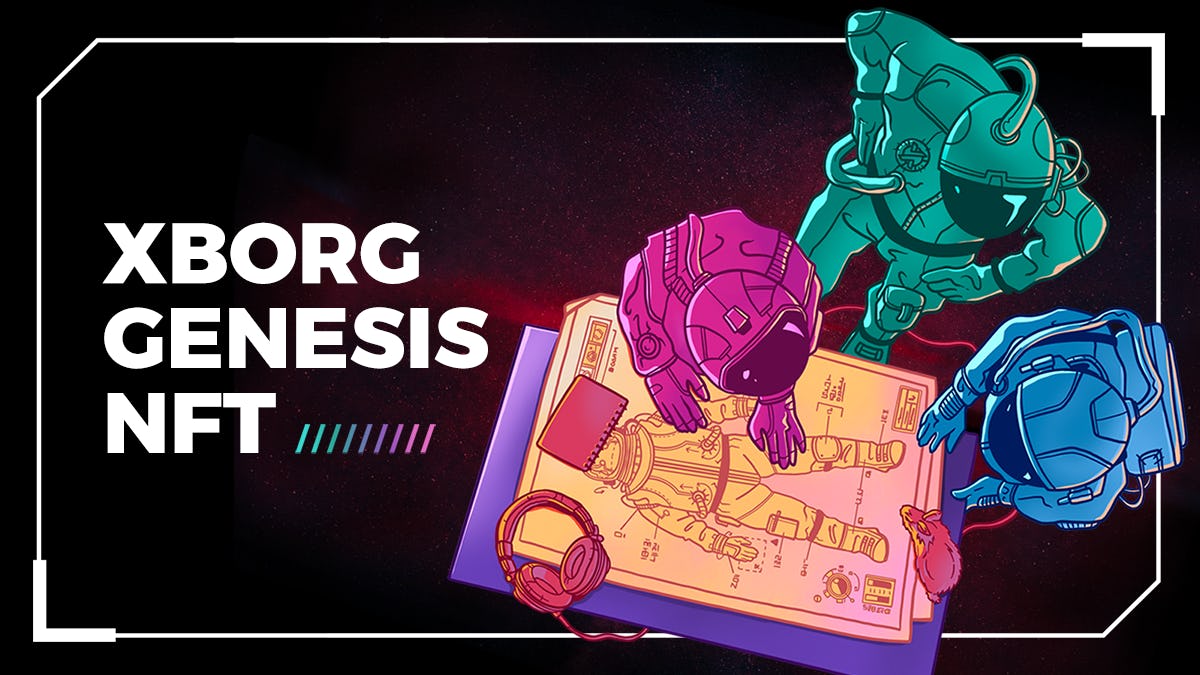 Gaming is one of the largest sectors in the entertainment industry, projected to generate over $260 billion in revenue by 2025. However, the power asymmetries in the industry isolate its core pillars, the players. From all the revenue generated, players derive no genuine value from the assets they purchase and the actions they perform. Furthermore, within the esports industry, the teams and organizations have strict control over players’ revenue distribution, advertising, and general management, leaving no room for the actual player to govern and own the value they generate. This has left a significant amount of untapped potential within both the gaming and esports sectors.

The NFT space is growing; however, the market is filled with collectibles and profile picture projects that rarely offer their holders any utility. The intention of the Genesis NFT is to offer its holders exclusive benefits across all XBorg’s areas of influence. But how does the XBorg NFT differ from other projects exactly? Here are five reasons why.

1. The Mission and Vision

XBorg is founded with a very clear mission in mind;

Unlike other NFT projects, XBorg aims to create positive long-term value by solving real-world problems for gamers, irrespective of the games they play. Thus creating a revenue-generating platform that targets one of the largest and fastest growing industries in the world.

XBorg is built upon the fundamental tenets of blockchain technology and aims to radically redefine current power structures and empower individuals in all sectors. Web3 and its innovations rose to prominence because of their promise of transparency, bottom-up governance, and dedication to privacy. Though a product of Web3 ecosystems, NFTs are usually artworks and collectibles, and their artists or teams rarely aim to champion these ideals and build on the technology. However, XBorg’s foundations are the adherence to these principles and the aspirations to build the Web3 space. Since the organization’s inception, XBorg has innovated and built on blockchain technology and offered novel solutions such as Proof of Play Soulbound tokens that players can leverage to build their Gaming Digital Identity verifiable on-chain. These values are exemplified through the Genesis NFT with a transparent whitelisting process where the data is open source and public.

XBorg was founded to revolutionize the gaming industry and create a gaming ecosystem for the players of tomorrow. XBorg’s NFT is not the final product in our roadmap, it’s the gateway.  Unlike many projects that revolve around the same theme and same ideas, every XBorg product on its roadmap builds on a specific sector that targets a very wide audience. Items on the XBorg roadmap include the ability to create decentralized esports teams, facilitate the player hiring process on-chain, and governance of the next generation of gaming communities. In addition, XBorg is on its way to becoming the first and largest gaming Network State.

While looking to the future, it is also important to consider what XBorg has achieved in a span of 5 months. Currently, XBorg is one of the largest tournament organizers in Web3 and hosts some of the most competitive players across Web3 gaming that consistently rank XBorg at the top of leaderboards. Our community of players is growing; currently, they are at 3,000, and this is the largest gaming community in Web3. Furthermore, as the Whitelist numbers grow, the Genesis NFT Allowlist has reached over 3,000 signups.

Having taken over the Web3 gaming and esports space, XBorg has attracted many supporters that seek to join in and accompany us as we build a new gaming industry. XBorg is the gaming arm of SwissBorg, the crypto app revolutionizing wealth management with 700,000 users. Following its launch, XBorg has partnered with many giants of the industry, such as;

And in close association with

In addition, XBorg’s team of advisors includes the president of Ethereum France Jerome de Tychey, and the president of the french Esports association Desire Koussawo. This support shown towards XBorg’s vision proves the organization’s legitimacy within the Web3 ecosystem.

Potentially one of the Genesis NFT’s strongest qualities is its utilities. The goal of this NFT is to offer its holders early and exclusive access to a host of ecosystem services and benefits. Purchasing the NFT allows investors to capture the growth potential of XBorg.

XBorg has been dedicated to empowering its community. The goal of this Genesis NFT is to offer its holders, our earliest backers, the opportunity to experience the value they generated within our ecosystem and seamlessly build and govern a gaming ecosystem of the future.

Holding one of the 1,111 Genesis NFTs allows one to capture the upside potential of a nascent gaming ecosystem that will shape the future of gaming. To mint, the NFT, get on the Allowlist or get on the whitelist: https://www.xborg.com/nft

Find out more about XBorg