The SwissBorg Monthly Market Update May 2022 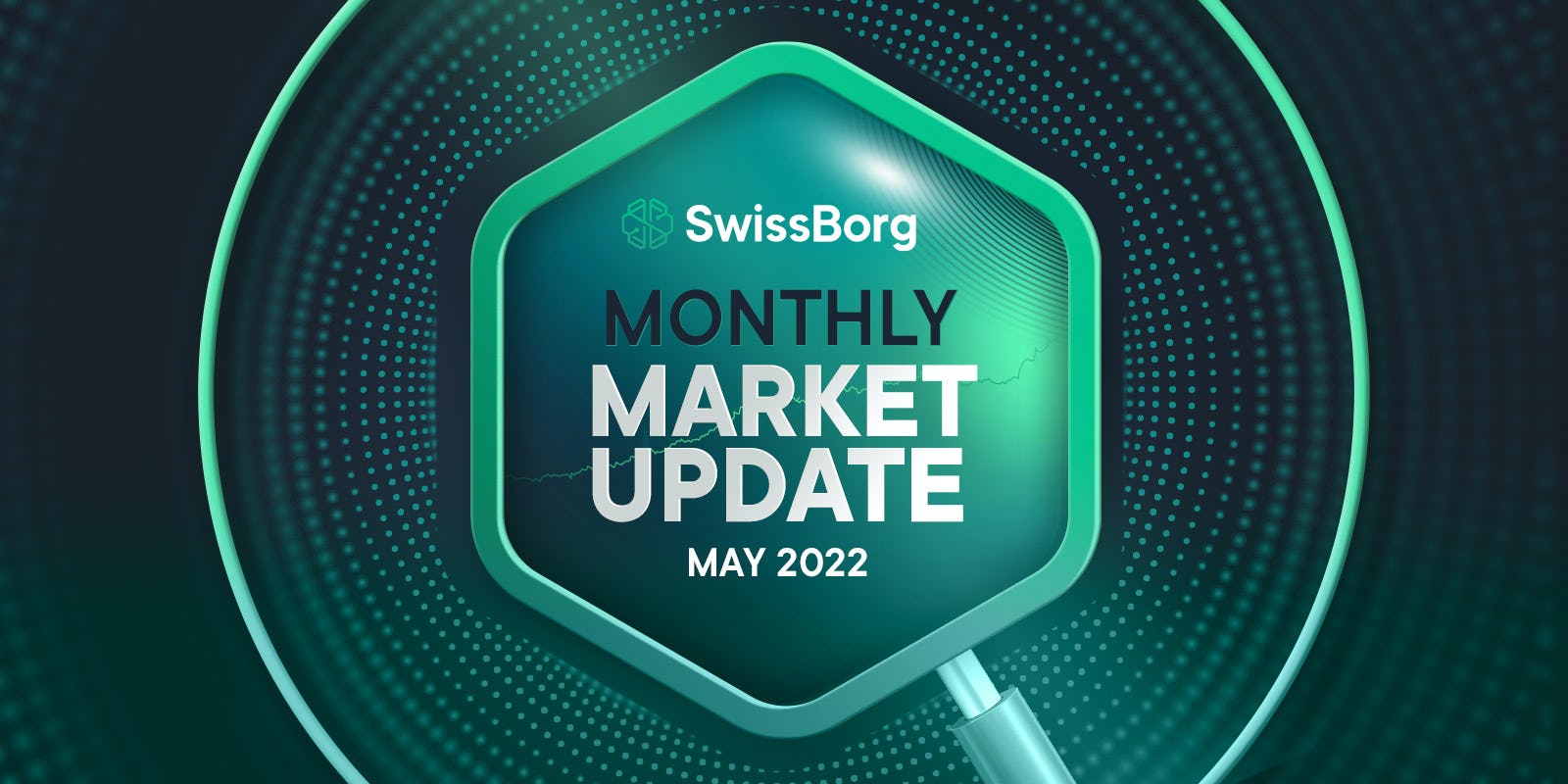 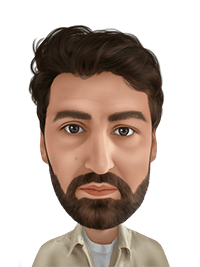 The crypto industry is fast-moving, disruptive, and rapidly changing. Within a month, markets can rally by double-digits, a novel blockchain can gain dominance, or a new DeFi platform can revolutionize the industry. With our SwissBorg Monthly Update we keep our community posted on everything in the crypto space.

This newsletter starts by looking at the global economy and overall crypto market, followed by an overview of market trends experienced in May 2022. In line with recent news, this month a particular focus is placed on stablecoins with news on Terra-native UST, Tether’s USDT, and USDD, Tron’s new stablecoin.

The global economic slump will jeopardize a complete, inclusive, and long-term recovery from the epidemic. This slowdown, along with the crisis in Ukraine, which has caused substantial rises in food and commodity prices, will disproportionately affect developing nations, intensifying food insecurity and increasing poverty. 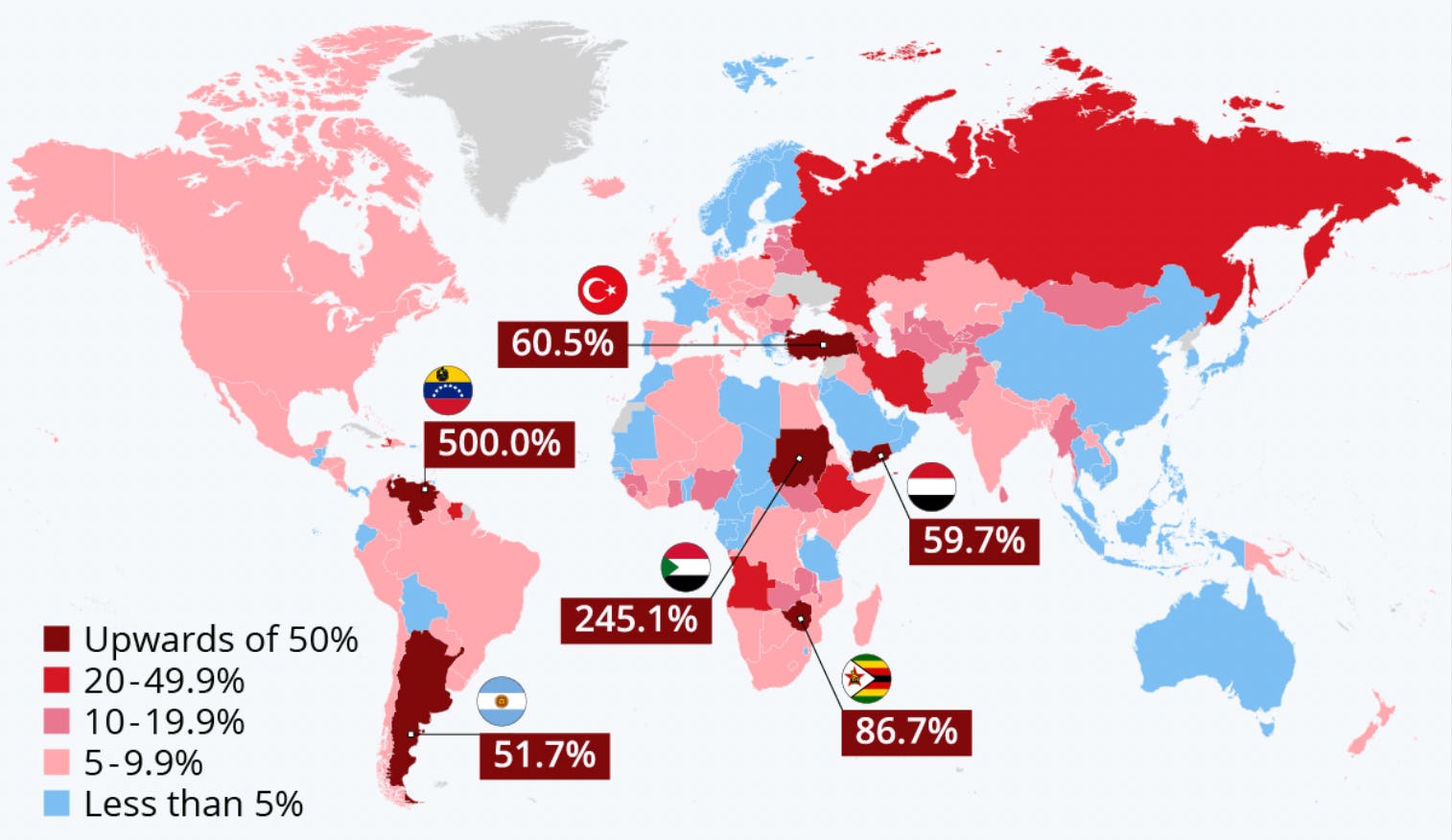 The mid-year estimate shows how the Ukraine war has upended Europe's fragile economic recovery from the COVID-19 epidemic, causing a humanitarian catastrophe, skyrocketing food and commodity prices, and compounding inflationary pressures. With substantial increases in food and energy costs, global inflation is expected to hit 6.7 percent this year, nearly double the average of 2.9 percent from 2010 through 2020. Kristalina Georgieva, Managing Director of the IMF, began her speech at the World Economic Forum in Davos on a cautionary tone, emphasizing that the "horizon has darkened" since the IMF's most recent predictions.

The concern is that markets will continue to fall before reaching a bottom and stabilizing amid recession fears. These macroeconomic causes, in turn, affect people’s livelihood, financial mechanics, and the overall crypto market

BTC Clinging on to 30k

Over the last week, Bitcoin (BTC) has traded in a narrow range between $28,500 and $30,000. Despite short-term fluctuations, the cryptocurrency has managed to maintain support over $27,000, which may keep some purchasers interested.

The crucial technical and psychological support level is at 30k, and with the influx of negative news as well as the overall hit to the crypto market caused by the downfall of Luna and UST, the short-term outlook is not extremely optimistic. 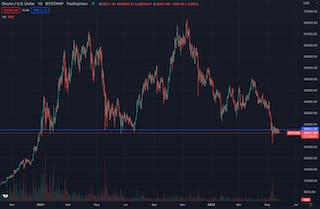 Furthermore, it is also interesting to see how much BTC is held in the reserves of an exchange at any given time. The current trend is of increasing outflows of coins from all exchanges, which could be due to several factors, such as:

Given the correlation between the global stock market and overall crypto market movements, economic and geopolitical news are sure to keep having an impact as BTC looks for a bottom and stabilization period.

Luna: To the Moon… and Back to Earth

The steep overnight decline of the Terra ecosystem has rocked the crypto industry. LUNA, the native token, crashed due to its link to TerraUSD (UST), the algorithmic stablecoin of the Terra ecosystem. UST is operated via computer codes that help maintain its price equilibrium by burning or minting LUNA/UST to maintain the price of these tokens.

Whale watchers spotted sudden large moves out of UST into USDC, which following on the heels of the interest rate cut, led more people to withdraw their stablecoins, thereby un-pegging UST from its $1 value. UST holders rushed to get their money out in the crypto equivalent of a bank run. More UST was sold in a mass panic, minting more LUNA and increasing its circulating supply. This sell-off had the knock-on effect of then crashing the price of LUNA.

On May 8th, UST dropped to a low of $0.985 after a series of large dumps of UST on Terra’s lending protocol Anchor and exchange protocol Curve. In the days to follow, in addition to Do Kwon revealing he was also behind the failed algorithmic stablecoin Basis Cash, LUNA fell by 99%, and UST reached a low of $0.06. 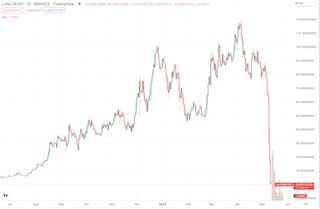 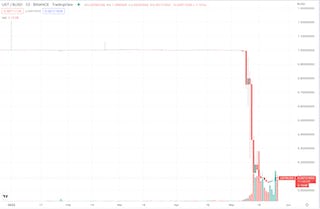 Given the recency of this news, it will be interesting to see how Terra and its ecosystem will bounce back from the recent instantaneous downfall.

As the market expands, and in light of the recent market repercussions caused by the collapse of the UST stablecoin, various concerns regarding what makes a stablecoin viable should be evaluated.

According to CoinGecko, there are at least 97 stablecoins in the crypto market today, most of which are tied to the USD, with Tether (USDT) being the largest. Traders withdrew about $10 billion from USDT in the days after the start of LUNA and UST's decline, as speculation of heightened regulatory scrutiny for stablecoins grew. 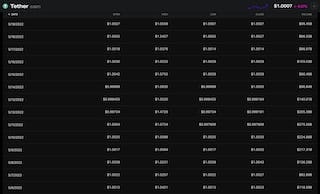 Historical data on daily volumes shown above, extracted from Nomics, show that volumes more than doubled the daily averages experienced in 2022 in the days following the Terra collapse. USDT briefly de-pegged shortly after the downfall of UST and LUNA, raising market-wide fears given the widespread impact it would have on the overall crypto market.

Tether had earlier claimed that USDT has a one-to-one dollar backing in a bank account but later changed its tune to say it uses other assets such as commercial paper and even digital tokens as collateral. It revealed this when it settled with authorities in New York. Although most of the assets in the report are stable, there is around 11% of its investment in “corporate bonds, funds, and precious metals” and “other investments (including digital tokens).”

Although concerns remain as Tether's first Reserve breakdown shows that USDT is 49% backed by unspecified commercial paper, the report ultimately indicates that its reserve exceeds the amount required to redeem the digital tokens issued.

Trust in stablecoins is just as important as collateral, and the repercussions of UST’s collapse and USDT’s brief de-pegging are sure to have hindered the industry’s momentary trust.

Since Terra vanished from the DeFi space, the sphere has seen some significant TVL dominance repositioning. In the last month, Tron has been the only blockchain to grow in TVL. In fact, it is the only blockchain in the top 20 by TVL that has grown in TVL since the start of 2022, with other networks falling anywhere between 30% and 70% 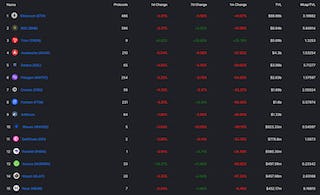 When looking further into the Tron chain, JustLend (JST) accounts for 42.06% dominance, with $1.81 billion out of the total approximate $6 billion in TVL. Tron can attribute this rise in TVL and overall market attraction to the creation of its new algorithmic stablecoin, USDD.

USDD operates with token mechanics reminiscent of UST on the Terra blockchain, with the distinction being its presence on the Tron chain. Justin Sun, co-founder of Tron, said that he still firmly believes in the potential of algorithmic stablecoins, even after UST’s downfall, and that he thanks the Terra network for the lessons learnt.

Trust in algorithmic stablecoins is at an all-time low, and it is hard to ensure that USDD will be successful in the long run. Current APYs hover around the 30% value, reminiscent of UST’s rates, which is reflective of the risk associated with its mechanics. Since it is unclear how lessons learnt from Terra can be applied within an identical token structure, investors should be aware of the risks associated with attractive rates on novel stablecoins.

SocialFi blends aspects of social networking and blockchain tokenization. SocialFi platforms enable the development, administration, and management of social media platforms and the content provided by its users in a decentralized manner.

Content creators, influencers, and participants that want greater data ownership, freedom of speech, and the ability to monetize their social media following and engagement are at the heart of SocialFi. Cryptocurrencies are often used to monetize, whereas nonfungible tokens are utilized for identity management and digital ownership (NFTs).

Utility tokens are frequently utilized to drive in-app economics in the DeFi and even GameFi worlds. The third dimension of the economy is represented by SocialFi's social tokens, which can be created at the user level as well as at the application level. Through social tokens, creators may now control their own economies.

With a surge in interest in decentralized apps and structures and a clear and persistent data ownership trend in the market and our overall society, SocialFi is bound to grow in popularity as it targets mass adoption. 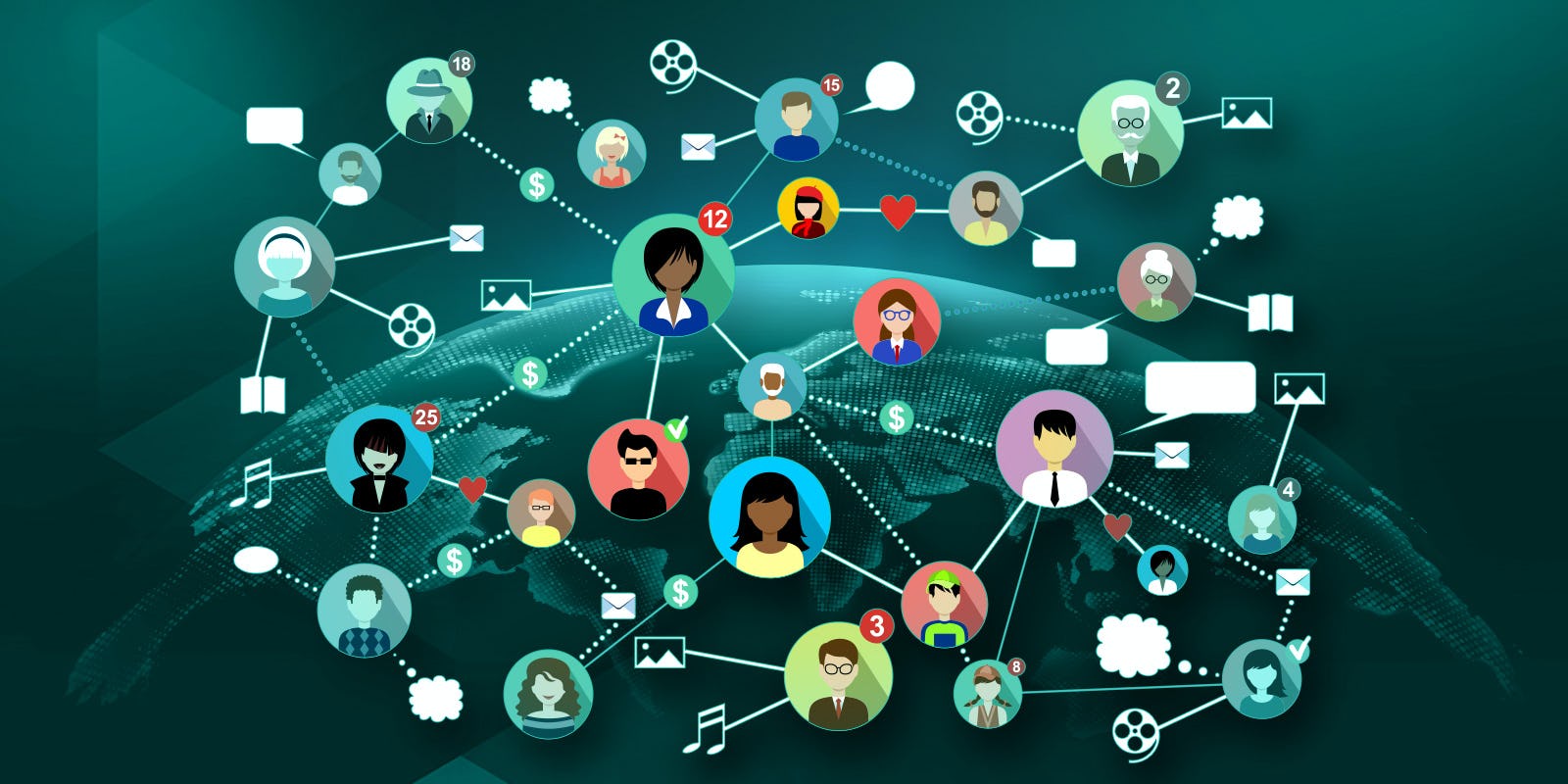